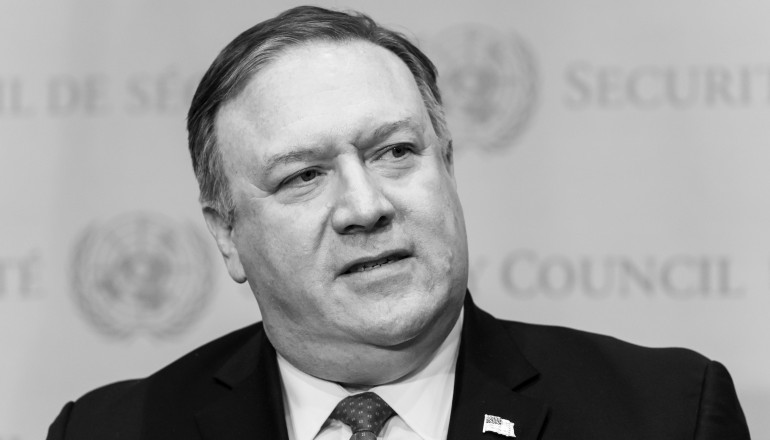 Philanthropists, evangelists and lawyers concerned about individual liberty in Cuba recently urged U.S. Secretary of State Mike Pompeo to issue new sanctions against regime officials whose job it is to suppress religious freedom on the Communist island.

The August 19 letter, signed by NGO officials Anna Lee B. Stangl of Christian Solidarity Worldwide, Dr. Teo Babun, of "Scope of Aid to the Americas" and Jason Poblete of the Global Liberty Alliance formally asked Sec. Pompeo  “to impose economic sanctions and restrict U.S. visas to persons who work for the ORA [Office of Religious Affairs] and the 1 2 Cuban Ministry of Justice.”

The authors also asked to "extend such economic sanctions to any individual or organization, no matter where they are located, who supports the ORA and the Cuban Ministry of Justice”.

As part of their request to take further action, the signatory NGO officials recognized Sec. Pompeo for his past efforts in “leading the defense of people of faith throughout the world,” and for being aware of the plight Cuban people have faced when openly trying to practice their religion.

In an interview with Diario de Cuba, Sec. Pompeo referenced a recent case of several religious leaders who were prevented by the Cuban regime from traveling to Washington, D.C.

“We are worried about the arrest of Roberto Quiñones (independent journalist and Catholic layman),” Sec. Pompeo told the Madrid based news organization. The Diario de Cuba journalist who previously practiced law, and who currently lives in Cuba was summoned to trial the day after the newspaper published Sec. Pompeo’s comments.

“I am very surprised that after Mr. Pompeo made these statements I was summoned to trial," Quiñones told ADNCUBA shortly before the trial which resulted in a one year prison sentence.

“The religious police of the Communist Party or the Office of Religious Affairs (ORA) is responsible for making it difficult for people of faith to exercise their fundamental rights,” the NGO letter insisted. “They use tactics that have already been used by other repressive systems, such as Stasi in East Germany. For years, the ORA has committed systematic, constant and heinous violations against the freedom of religion of people of faith.”

The letter also asks the US government to consider sanctions against officials who run and administer the Office of Religious Affairs, specifically making mention of Caridad del Rosario Diego, Sonia García and Rober Noa.

The letter also affirms that the Office “restricts the rights of prisoners to practice religion freely,” adding that the Cuban government “harasses or detains members of religious groups advocating for greater religious and political freedom.”

“
We respectfully ask the US government (...) to investigate the entry into the United States of people who may have been affiliated with these Cuban entities that operate with impunity in Cuba

Apostolic groups such as Jehovah's Witnesses and the Church of Jesus Christ of Latter-day Saints are ultimately denied entry into the official registry of Cuban churches because the ORA does not respond to registration requests to worship, the letter says.

Citing specific examples of religious repression, the letter refers to the cases of Pastors Ramón Rigal and Ayda Expósito, both tried and jailed for educating their children at home (homeschooling), and reference the ban on Catholic lay leaders from attending the funerals of Cuban Cardinal Jaime Ortega.

“We respectfully ask the US government (...) to investigate the entry into the United States of people who may have been affiliated with these Cuban entities that operate with impunity in Cuba,” the letter closes.

The NGO officials reminded Sec. Pompeo, that the U.S. State Department has, in the past recognized that the Castro regime  “continues to control all aspects of religious life" through its institutions under the control of the Communist Party.”

“Under the direction of the Office of Religious Affairs, the government has continued to restrict national and international travel, stopping and, if necessary, using violence against religious leaders and their followers,” the authors argued.

In its final closing, the leaders also acknowledged that the ORA’s efforts to suppress religious freedom have transcended the island borders of Cuba and into other Communist states such as Nicaragua and Venezuela.