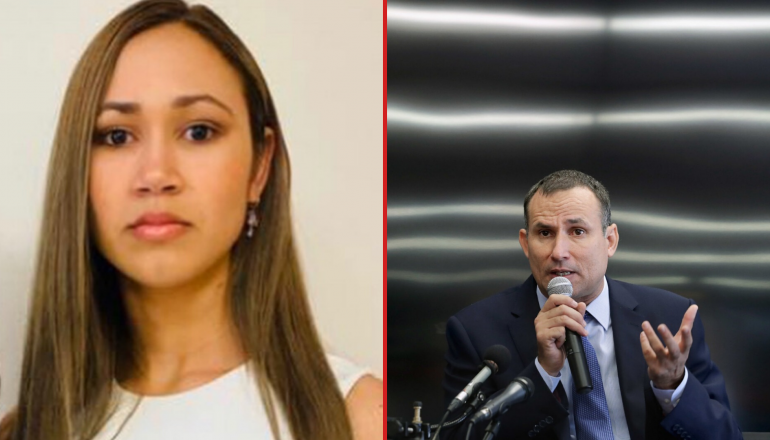 Daughter of José Daniel Ferrer reports on her father's imprisonment and his family's fight against the Cuban regime.

My name is Martha Beatriz Ferrer Cantillo, and I am the daughter of anti-communist opposition leader José Daniel Ferrer, the leader of UNPACU, which is the largest opposition organization within Cuba.

Starting today, I will write this column, ‘The Ferrer Report’ exclusively for ADN Cuba. My intention is to tell the world the truth about my personal hero: my father, José Daniel Ferrer.

I will also write this column to share the struggle of the members of the Patriotic Union of Cuba (UNPACU) with the rest of the world because the support we have received has meant so much to all of us.

My family is grateful for the solidarity demonstrated, and we invite you to leave your comments here so that we can remain connected to you. We want the world to know how my father feels and what we feel regarding his unjust imprisonment.

As many Cubans know all too well, the island's regime has always used psychological torture against the families of pro-democracy activists. It is one of the cruelest tactics the regime uses.

In this first column, I want to share with you some very disturbing events about the recent arrests of my family members who were unfairly harassed by the regime. Early this week, my family found out through friends and activists Ebert Hidalgo Cruz and Evert Luis Hidalgo that the Castro-Canel dictatorship will prosecute my father in a trial on Wednesday, Fed. 26.

Both of the activists, who were previously pressured to testify against my father initially received a citation to appear at his trial. However, after the political police learned the activists would testify in my father's favor, the police surrounded their homes, and they were effectively placed on house arrest so they would not show up at the trial.

At the moment, our family has not received a formal notification related to the trial. My father declined to have a lawyer, but the regime imposed one upon him anyway. Still, from what we have heard so far, that lawyer has not contacted the two activists who want to testify in my father's favor.

Earlier this month on February 9, 2020, armed men of the Castro-Canel dictatorship arrested my 17-year-old brother José Daniel Ferrer Cantillo (Danielito) and my father's current wife, Dr. Nelva Ismarays Ortega Tamayo when they were on their way to the church. For five hours, my family waited in fear to find out what was happening. Anyone who has been the victim of a kidnapping knows that time passes very slowly when their loved ones disappear.

I looked at my house clock and felt that an hour had passed; I almost cried when I looked at the clock again and noticed that only minutes went by.

While I was sitting there feeling helpless and empty, I could not help but wonder about the possibility of a terrible outcome. After all, my family had been suffering from my father's prison incarceration for months now, and suddenly it had become clear that the regime was going to start persecuting us and harassing us once more, one by one.

Many questions went through my mind and my heart began to accelerate. Would my brother be fine? Would I see Nelva again?

After more than five hours without news from any of them, Danielito sent me a message through other activists. At the time the phone rang, I felt great concern. I was scared but hopeful. I was relieved to hear the voice of the UNPACU activist who told me that my brother had been released.

I soon learned my brother had been held in a police unit called El Palacete, and Nelva was held in another unit called La Motorizada.

The police confiscated my brother’s cell phone and recorded the interrogation with him. An agent told Nelva that my brother could face charges and was being threatened with the possibility of going to prison.

During this state-sponsored kidnapping, the police unsuccessfully tried to pressure my brother to convince my father to leave the country, and they were apparently “surprised” he was not obeying regime officials.

Of course, my father will not obey the regime.

Even in 2003, during Cuba's Black Spring when he faced a death penalty sentence, my father refused to bow to their threats in a failed attempt to coerce him to leave the Island.

The fact that the Cuban dictatorship is so desperate to the point that they need to threaten my family and beg my 17-year old brother to help them is a testament to my father's courage.

Throughout his life, my father has refused to cooperate or bend to the will of this dictatorship, which insists on destroying everything noble, and he will continue to fight for freedom. His prison incarceration has hurt all of us, but I am proud of the example he instills in both his children and all others who believe in the sacred principle of justice.

When I finally got to talk to Nelva around 11 p.m., she told me what happened after she was detained. Unlike my brother, the police threatened to confiscate something much more important than just a cell phone.

They threatened Nelva by telling her they would take her baby.

Before being released she was harassed and interrogated. To pour salt on the already bleeding wound, she was told that she was now forbidden to attend church mass on Sundays, a sacred right in most countries.

How long will Cuban mothers have to suffer this type of harassment? Who can justify this blackmail?

It is important that the free world knows all of this so that the international community can help us demand freedom for our people and put an end to the regime's abuses. My father’s imprisonment is unjust because no one should be imprisoned for thinking differently or wanting to live in freedom and democracy.

However, the Cuban regime’s threats to take anyone’s children is crossing a line.

From the beginning, the Cuban regime has orchestrated a distortion campaign of slander against my father. But this has only proven to the world that the Cuban dictatorship is so weak and vulgar that it needs to use all its repressive apparatus to attack a single citizen and his family. The regime represses all of us with the machinery of state propaganda by using their digital news sites and online trolls in a desperate attempt to try and win the public relations war against my family.

But in the end, they will lose, and this is the reason:

Years went by, and the elephant grew and became stronger. Meanwhile, the chain aged and oxidized. If the elephant had tried to break the shackle then, he would have done it easily, but he had tried so hard that one day he erroneously believed he could never break free. So he did not try to break it again.

Today, Cuba is like that elephant, and if we pull that chain we will realize that we are stronger and can break that shackle together.

The Cuban regime now gives more importance to my father, who, from his cell cannot defend himself and who simply wants democracy for his country. The regime spends its time and resources persecuting one man instead of fixing the real problems that affect every Cuban day after day. The communist system is marked by abuse, arrogance and inefficiency, and even those who defend it see it. That is frightening.

Please remain in solidarity with me and my family as we continue to fight for the freedom of my father, José Daniel Ferrer and all the political prisoners demanding freedom from the murderous dictatorship of Raúl Castro and Díaz-Canel. We demand the civil liberties and rights that were taken from us by force.

I have faith that together we will soon have the strength to break the shackles and be able to restore our nation's freedom.