Access Now analyzes Decree 370 after entering into force in Cuba. In only one article the new regulation seeks to control the Internet arbitrarily putting at risk fundamental human rights -- related to the use of information and communication technologies. 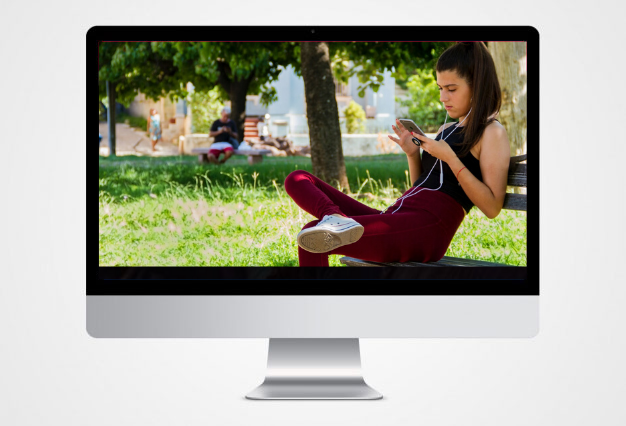 On July 4, 2018, Decree 370 entered into force in Cuba. In only one article it puts at risk fundamental human rights related to the use of information and communication technologies.

Unfortunately, regulations that seek to control the operation arbitrarily, access to, and everything that happens on the Internet is not new to the region. In recent times Honduras, Venezuela, El Salvador, among others, have attracted the attention of international organizations and civil society for that reason.

Now it is Cuba's turn with Decree 370, which establishes extensive government control over the Internet. It does so through Article 68, which creates contraventions (misdemeanors) associated with ICTs. Article 71 provides that the commission of any of these offenses may be punished not only by a fine, but also by confiscation of the equipment and means used, removal of the license authorizing the provision of services temporarily or permanently, and closure of the facilities.

Despite being a decree-law, the acts it frames as illegal and the consequences they entail represent a serious concern. Measures of this nature put at risk fundamental rights and the foundations of a diverse, accessible, open, and secure online space. In addition, they close the door to a more open internet for Cubans, missing the opportunity that may arise from a more open policy in recent years.

We will now analyze the most worrying aspects of the decree.

One of the essential principles for the regulation of online content is the principle of legality, which requires that the conduct or content that constitutes an offense be well defined. When this requirement is not met, experience indicates that the vagueness of the terms is used as a pretext to eliminate from the public sphere speeches and opinions opposed to the current government. This is especially worrying in Cuba, where there are systematic attacks on the freedom of expression by the opposition.

In addition to being clearly provided for by law, any restriction on freedom of expression imposed by a State must pursue a legitimate objective, and be necessary and proportional to the objective pursued. Ambiguous legal definitions such as "social interest", " ethics", "decency", will ultimately lead to unnecessary and disproportionate interference with the right to freedom of expression.

Article 68. a) marketing computer programs, applications, and services associated with them without the authorization of the competent body in accordance with current legislation.

Some internet services require prior licensing, as is the case with internet providers who operate limited state-owned resources, such as the radio spectrum. However, this does not mean that any Internet service should require prior authorization. Requiring individuals or companies to obtain a license to provide an Internet service or application directly interferes with the right to freedom of expression. This is the understanding of the United Nations Special Rapporteur on Freedom of Expression in the interpretation of article 19 of the International Covenant on Civil and Political Rights.

The principle of network neutrality is also affected. This implies that the Internet should be maintained as an open platform in which service providers treat all content, applications, and services equally and without discrimination. Requiring prior authorization results in users not having access to an open platform. On the contrary, their options are limited to the applications and services that the decree's enforcement authority authorizes.

Article 68. c) designing, distributing, or exchanging computer virus codes or other malignant programs between natural or legal persons; an exception is made for information sent by users to the competent authority for analysis and research; h) carrying out vulnerability testing actions against national or foreign computer systems without due authorization

These activities are typical of I.T. security investigators' work. Their work has proven to be essential in protecting human rights, and involves the legitimate exercise of the freedom of expression. This is expressed in the right to publish and warn about the existence of vulnerabilities in computer systems so that users, companies, and governments can take the necessary backup measures and find appropriate solutions.

Unfortunately, punishing and prosecuting these researchers is a policy that is duplicated in several countries of the region. Not only is it essential not to criminalize their work, but on the contrary, they should be provided with protection because of the social interest that their investigations entail.

The implementation of this measure implies that all data collected by websites are located on the island. These types of measures have proven to be dangerous because of their abusive use, and put at risk the privacy and freedom of expression of users. Forcing the concentration of hosting services is often an excuse for governments to have more control and access to users' personal information. This is usual in countries with bad records regarding compliance with human rights. There is an additional risk in Cuba because many independent media are hosted on foreign servers to avoid state control because they are denied recognition as such or because they are not allowed to acquire ".cu" domains.

Many blogs and personal pages are inevitably hosted on other sites. This would result in a large number of users of these platforms losing their space to express themselves. Although the island's government advised that this type of service will not be covered by the regulations, there are no real guarantees as long as this point is not clarified in the decree.

Article 68. b) manufacture, marketing, transfer, installation of equipment and other devices to provide, facilitate, or receive services associated with ICTs without the corresponding authorization.

The inability to manufacture and install equipment to provide Internet services freely affects the development of community networks. They play a crucial role in ensuring access to the Internet, reducing the digital divide, and exercising fundamental human rights. Decree 370 joins the list of regulations that affect the normal development of these initiatives. The greatest attention is given to Havana's popular local network, SNET, which brings together more than 20,000 users.

The consecration of free access to the Internet "constitutes a sine qua non condition for the effective exercise of human rights today, including especially the rights to freedom of expression and opinion, association and assembly, education, health, and culture…” as expressed by the Office for Freedom of Expression of the Inter-American Commission on Human Rights.

Maintaining an open, globally-connected, and secure network, available everywhere, to everyone, that aims to promote the free flow of information and civic participation is essential in today's world.

Regulations such as Decree 370 go in the opposite direction and should be discouraged from a human rights perspective. Unfortunately, demanding the modification of this article would not be enough. The only alternative is to discard it and reformulate it through an open and participatory debate taking into account the fundamental rights of the citizens of Cuba.