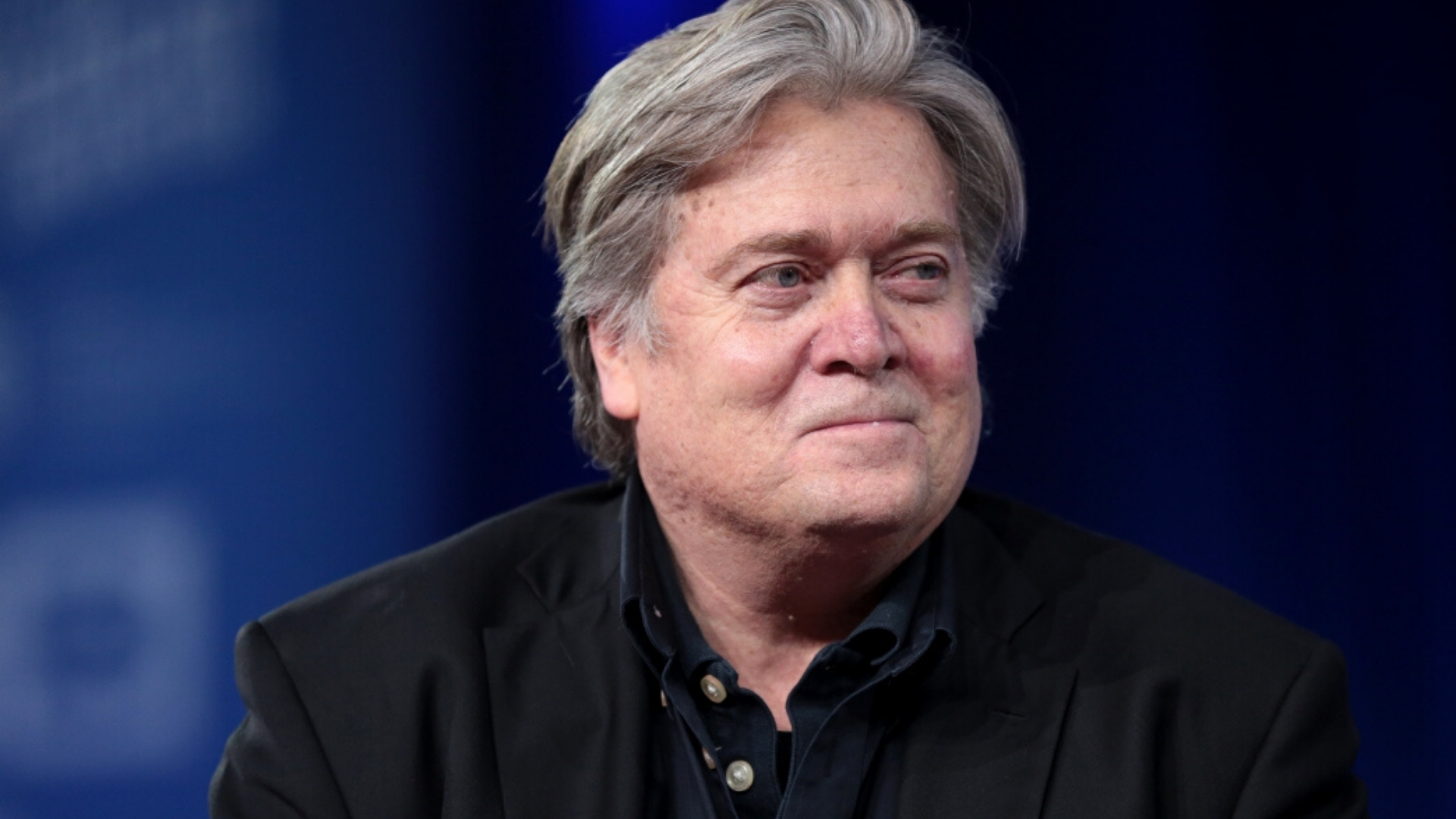 Bannon, a former Goldman Sachs investment banker who is widely credited for helping President Trump declare victory during the 2016 presidential campaign, made the comment to FOX News anchor Maria Bartiromo on her show, ‘Sunday Morning Futures.’

Bartiromo asked Bannon if he believed the U.S. health care system was “on the brink right now.” Bannon responded by saying “this is a war” and referred to COVID-19 as a “CCP virus” making a reference to the Communist Party of China.

“The CCP virus that the CCP unleashed on the world has now… [it is] on the brink of potentially destroying the New York City health care system. That’s why President Trump and Gov. Cuomo are going all in. Every piece of equipment, the Navy’s hospital ship, the Army Corps of Engineers… they’re going all in.”

It is unclear whether or not Bannon was implying he believes COVID-19 was manmade by Chinese Communist Party officials or if he simply believes the current pandemic situation is the result of negligence caused by the Maoist regime in China.

To date, some U.S. media have speculated that COVID-19 was a manmade virus manufactured by the CCP because some of the earliest people infected with the virus worked at the Wuhan based Hunan Seafood Wholesale Market, which is in close proximity to China’s top virology research institute.

Both China and Cuba have made public implications the virus was manmade in the United States.

On February 7, Granma republished a story alleging COVID-19 was a bioterrorist weapon created in Washington as part of an anti-China campaign.

On March 13, Chinese Foreign Ministry spokesman Zhao Lijan posted comments on Twitter, implying the COVID-19 pandemic originated in the United States, implying “it might be the U.S. Army who brought the epidemic to Wuhan".

2/2 CDC was caught on the spot. When did patient zero begin in US? How many people are infected? What are the names of the hospitals? It might be US army who brought the epidemic to Wuhan. Be transparent! Make public your data! US owe us an explanation! pic.twitter.com/vYNZRFPWo3

On March 17, a British based peer-reviewed medical journal with roots from Macmillan Education challenged the ‘manmade theory’, reporting the findings of an analysis titled ‘The Proximal Origin of SARS-CoV-2’ about the “first reports of the novel pneumonia (COVIC-19) in Wuhan, Hubei province, China.”

“Our analyses clearly show that SARS-CoV-2 is not a laboratory construct or a purposefully manipulated virus,” wrote five scientific researchers in ‘Nature Medicine.’

China and Cuba’s comments accusing the U.S. of manufacturing the virus quickly came under fire by numerous news outlets in the free world.

Many recent news reports indicate the CCP withheld information during the early days of COVID-19 in November and December, that some believe could have helped world leaders better contain the current pandemic.

Bannon said he believed President Trump created a great U.S. economy as President and can fix the economic harm the COVID-19 pandemic has caused.

“We are on the brink of having permanent damage to the greatest economy in the world. Before this started, President Trump and the whole team had a really great economy going. We can get back to that… This is a war…”

Before serving in the White House as President Trump’s Chief Strategist, Bannon was a Vice-President at top investment bank Goldman Sachs, and in 1993 also served as Acting Director of Biosphere 2, a U.S. based ‘Earth system science’ research facility.

In 2007, he co-founded Breitbart News and has most recently led a private COVID-19 research team and is reporting updates on his podcast, ‘War Room.’