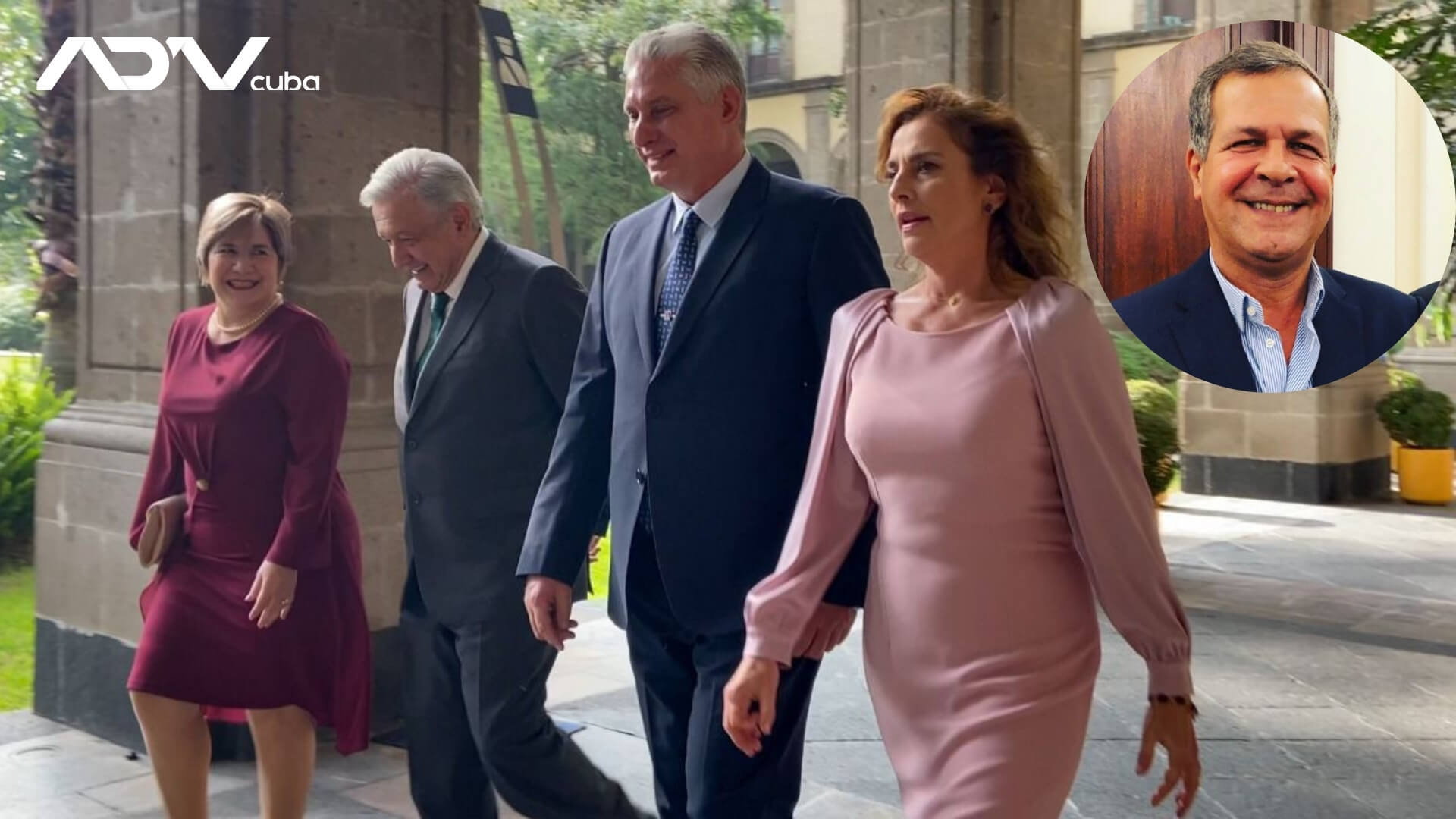 During a recent diplomatic visit to Mexico, Cuban president Miguel Díaz-Canel had his own private military escort: General Luis Alberto López-Callejas, a former son-in-law of Raúl Castro and the head of the army's private enterprises.

According to Granma, Cuba’s state press, López-Callejas appears in the presidential entourage as an "advisor" although his real position is as director of GAESA, the government sponsored enterprise that controls the country’s hotels, factories, shipping companies and rum and coffee brands, under the military's mantle.

The military-businessman’’s mission in Mexico is not known, although Rodrigo Malmierca, the Minister of Foreign Trade, accompanied the general as his travel companion, an indication both countries were interested in exploring collaborative economic opportunities.

Díaz-Canel arrived in Mexico Sept. 16 igniting a firestorm reaction from Cuban-Mexican emigrants. Accompanied by his wife, First Lady Lis Cuesta, the Cuban president was received at Mexico City's Benito Juárez airport by Foreign Minister Marcelo Ebrard, one of the most important figures in the government.

His counterpart, Andrés Manuel López Obrador, was waiting for him in Mexico City's Zócalo where he led the ceremonial act for Mexico’s Independence Day, accompanied by the Cuban dignitary, the only foreign head of state to attend.

Díaz-Canel's visit infuriated both Cuban emigrants and the Mexican right-wing who criticized the leftist National Regeneration Movement (Morena) administration for inviting him to Mexico.

Former President Felipe Calderón of the conservative National Action Party called Díaz-Canel a "dictator" and said that it was "the last straw" to hear the Cuban communist leader speak on Mexico’s Independence Day.

Mexican investigative journalists have sought to uncover López-Obrador's objective in extending his hand to a politician with significant international scrutiny in the wake of massive nationwide protests in July.

Díaz-Canel's visit marked the third time that the Cuban ruler has visited Mexico since López Obrador took power. The first occasion was in 2018 when he attended the new Mexican president’s inauguration and the second in 2019 when Díaz-Canelmet with the Mexican president to increase cooperation between their countries and the Latin American region.

During his administration, López Obrador has kept close ties to the regime in Havana. After the popular uprising in Cuba on July 11th, he reiterated his support to the Díaz-Canel government and once again blamed the U.S. embargo for the crisis on the island.