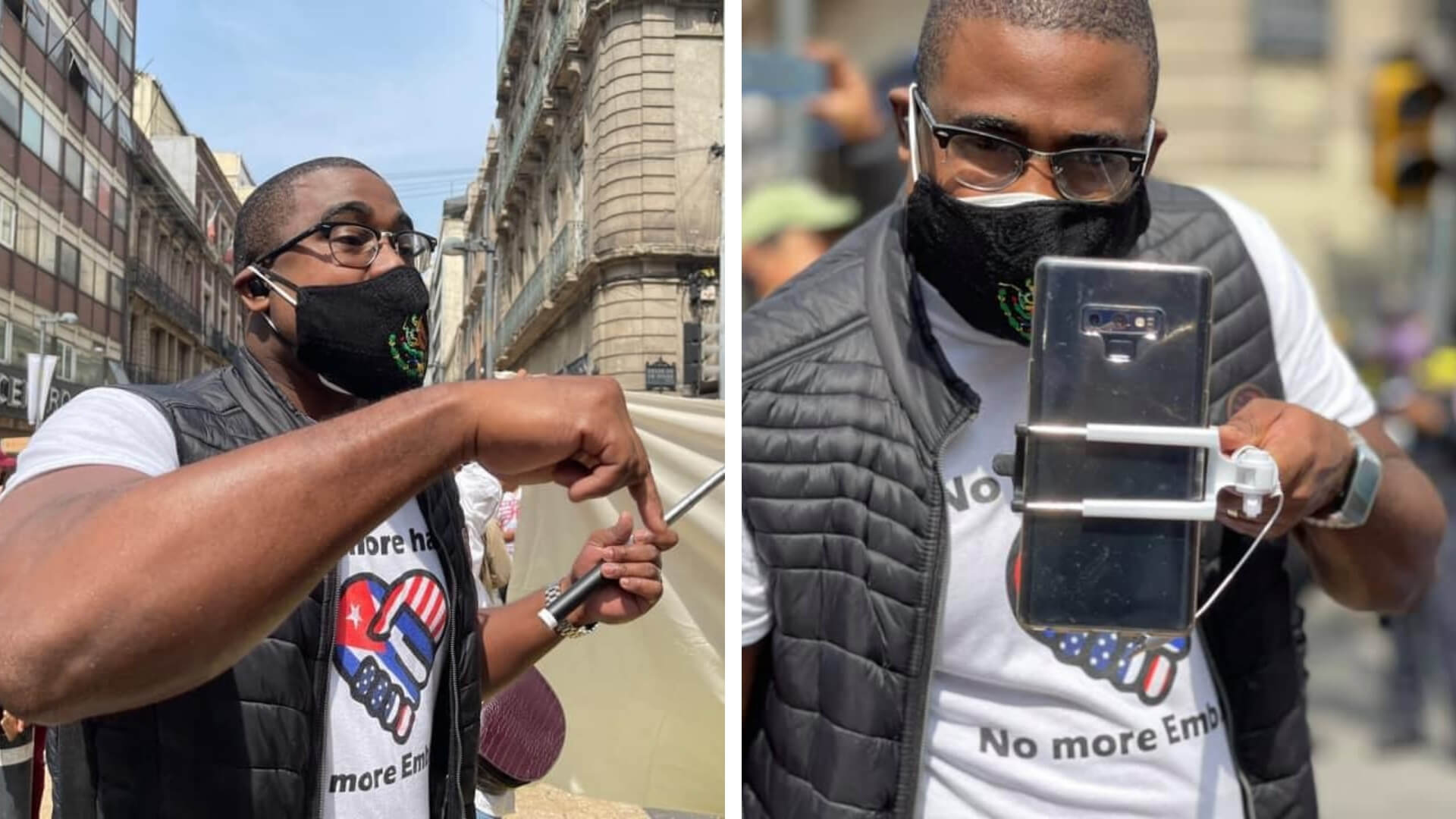 The Cuban president had come at the invitation of Andrés Manuel López Obrador to give a speech during the national celebrations for the anniversary of the country's independence.

About twenty Cubans living in Mexico mostly exiled journalists and students came together in the vicinity of the Plaza de la Constitución (known as the Zócalo) to express their solidarity and opposition to Díaz-Canel’s visit to their new homeland.

Vasconcelos, an ardent Castro regime supporter came to the Plaza where he reportedly interrupted and harassed Anamely Ramos, a member of the pro-democracy San Isidro Movement (MSI), as she championed the cause of the hundreds of political prisoners who were jailed during the anti-regime uprising that erupted July 11 and 12 in Cuba.

Vasconcelos was filmed during the demonstration wearing a pullover advertising "Bridges of Love", a project that calls for lifting of the U.S. embargo and a rapprochement between Washington and the regime in Havana. 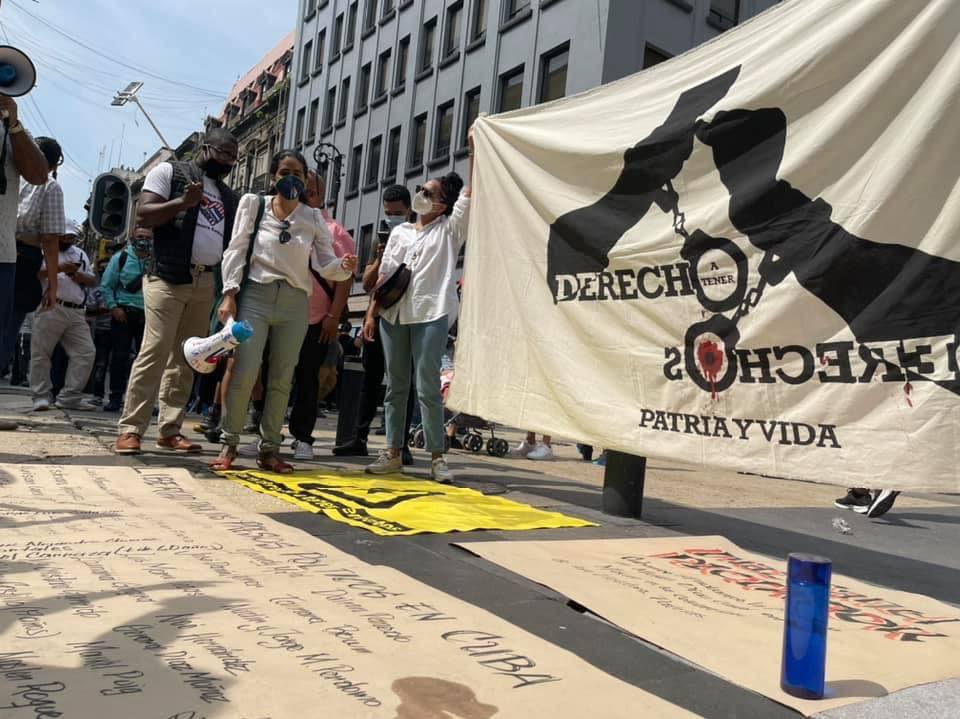 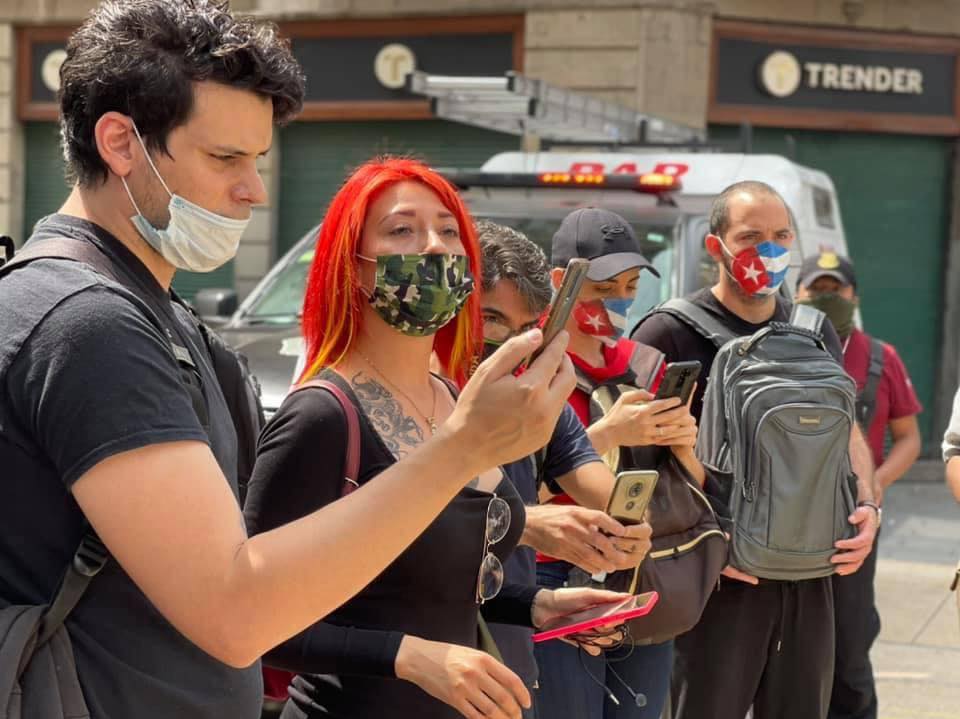 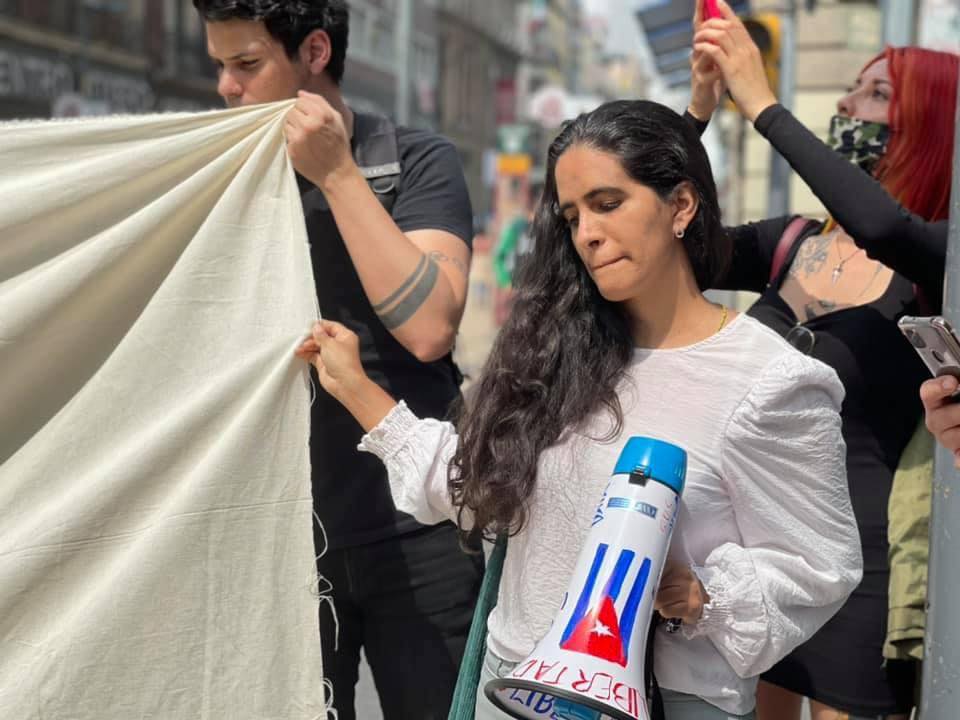 Artist Celia Gonzalez captured the incident on video and expressed that "here with his heart pullover [is] the State Security agent that the [Cuban] embassy sent [to] us".

When the Castroist ally tried to denigrate the demonstrators by raising his arms and declaring that the Cuban opponents had no legitimacy because they were "sent by the U.S. government," anti-regime activist Anamely Ramos replied, "we have legitimate concerns and we are honest!"

Another anti-regime activist told the Castro sympathizer that "he should be ashamed to boycott a demonstration against [the Cuban communist regime]." Some others called him a "traitor".

In Thursday's protest, the attendees called for "Freedom for the people of Cuba" and for all political prisoners, as they shouted "Down with the dictatorship!" among other slogans. On Friday, September 17, the demonstrators will go to the Cuban Embassy in Mexico.