Shortly before a scheduled breast cancer awareness event, several Cubans were arrested while others remained under police surveillance in Havana, activists reported and confirmed to ADN Cuba early Friday afternoon.

Since last Friday, October 4, a Fight against Breast Cancer discussion began in Havana with the support of ADN Cuba and other civil society actors, heralding the slogan ‘Don’t let fear stop you. Wake up your courage.’

Both male and female independent activists gathered to discuss the issue and express their views on the characteristics of the disease and its treatment in Cuba. 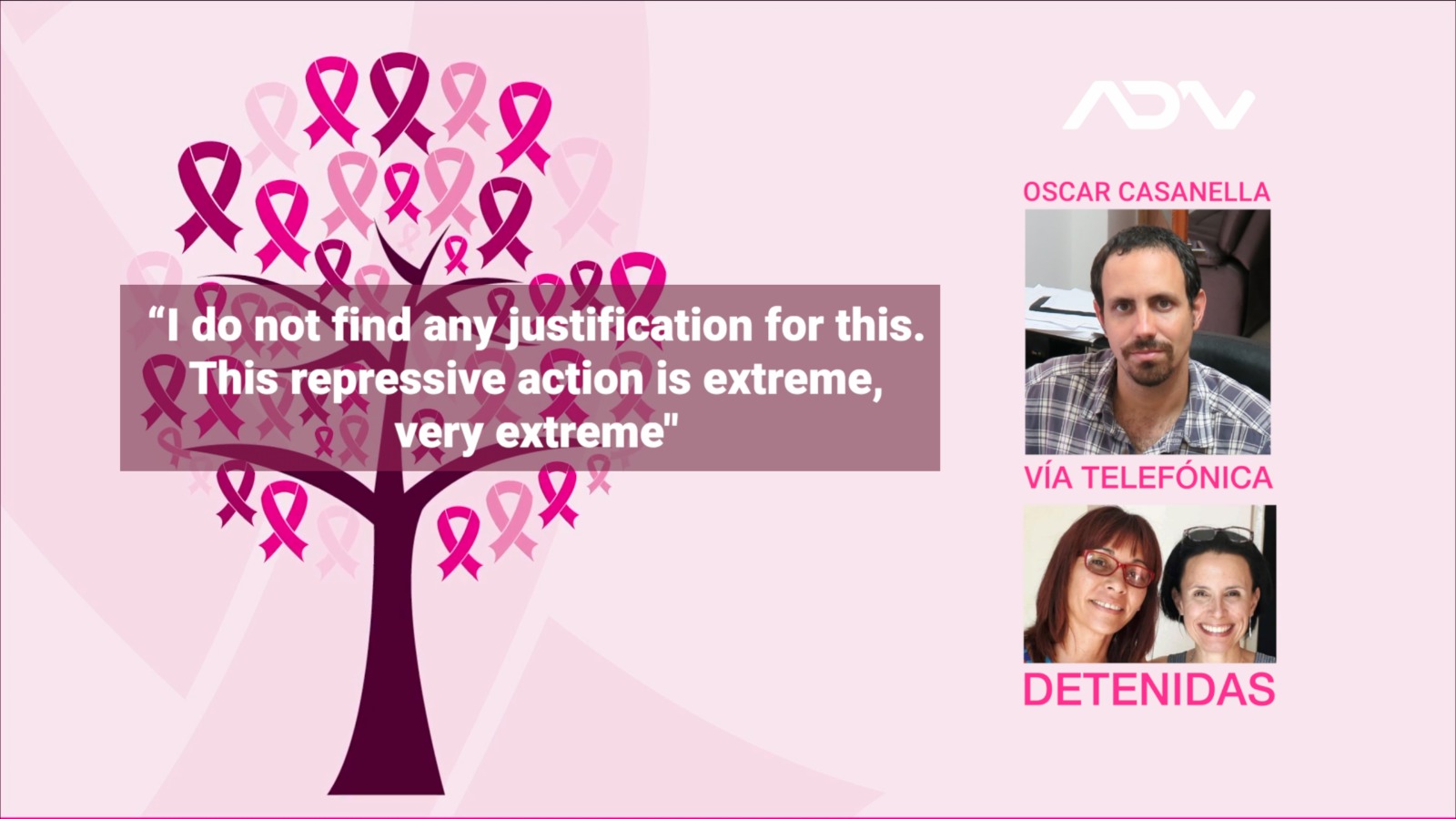 Cancer patient and professor Omara Ruiz Urquiola, and independent journalist Iliana Hernández were arrested this morning while leaving a Havana based Oncological Hospital before heading to the event, activist Oscar Casanellas said.

“I do not find any justification for this. This repressive action is extreme, very extreme,” Casanellas said via telephone to ADN Cuba.

The women “were collecting medications for Omara’s breast cancer,” at the time that Casanellas lost communication.

“I find it shocking because it is an issue that is not at all political. It is educational about breast cancer. I don't find any kind of justification for this that has happened," added the former professor of immunology at the University of Havana.

Iliana Hernández confirmed on her Facebook profile that both she and Omara were taken into custody just outside the oncological health facility while trying to pick up Omara's cancer medications.

“The last message I received from Omara said, ‘they take away,' Casanellas said.

"I suspect that the political police kidnapped my friends,” said the scientist, who planned to offer a conference on breast cancer this Friday at 1:00 p.m. as part of the independent activities organized by Cuban civil society.

Iliana Hernández confirmed on her Facebook profile that she and Omara Ruiz Urquiola's were both arrested by police just outside an oncology medical facility with Urquiola's medications in hand.

Sources informed ADN Cuba that the location scheduled for Friday’s event was sabotaged in the morning hours and the door hindered with iron ropes.

“I have been preparing for two weeks and I was very excited to give this conference. Tomorrow is the International Day for Breast Cancer Awareness,” Casanellas said about the Friday conference he had planned.

Artist Luis Manuel Otero Alcantara, who also planned to attend the event on breast cancer, reported the presence of a police patrol in front of the place where he was.

Alcantara said that at 4:00 pm they would celebrate a day for the first Anniversary of the San Isidro Movement at the Museum of Dissidence in Cuba, and the closing of the #LaBanderaEsDeTodos challenge.

“I will tell you that under my right as a free Cuban I will go out and take me anywhere! We are connected,” said the artist. Shortly after Otero Alcantara left police forces arrested him.

Activist Marthadela Tamayo and musician Osvaldo Navarro, both members of the Citizens Committee for Racial Integration (CIR), “were kidnapped by police official, Major Alejandro at 10:00 am,” according to island based gender-equality activist Nancy Alfaya.

“Upon leaving their home, they were driven in a patrol car. We are denouncing this forced disappearance, by the political police. His whereabouts are unknown,” added Alfaya in a Facebook social network post.

Journalist Boris González Arenas also reported police harassment against him. “At 10:30 a.m., I was prevented from leaving my house by a device similar to the one that last Wednesday, October 9, kidnapped me for a day. Now I read that Omara Ruiz and Iliana Hernández are missing,” wrote González Arenas.

In recent weeks, shocking developments exposing the Cuban health system were reported, shattering one of the pillars of the international propaganda of the Cuban regime.

On October 9, ADN Cuba reported that one-year-old infant Paloma Domínguez Caballero died in Havana, after receiving a PRS vaccine (against Papera, Rubella and Measles) at a clinic in the town of Alamar.

Cuban authorities confirmed the death only after the infant’s mother drew international attention on social media.