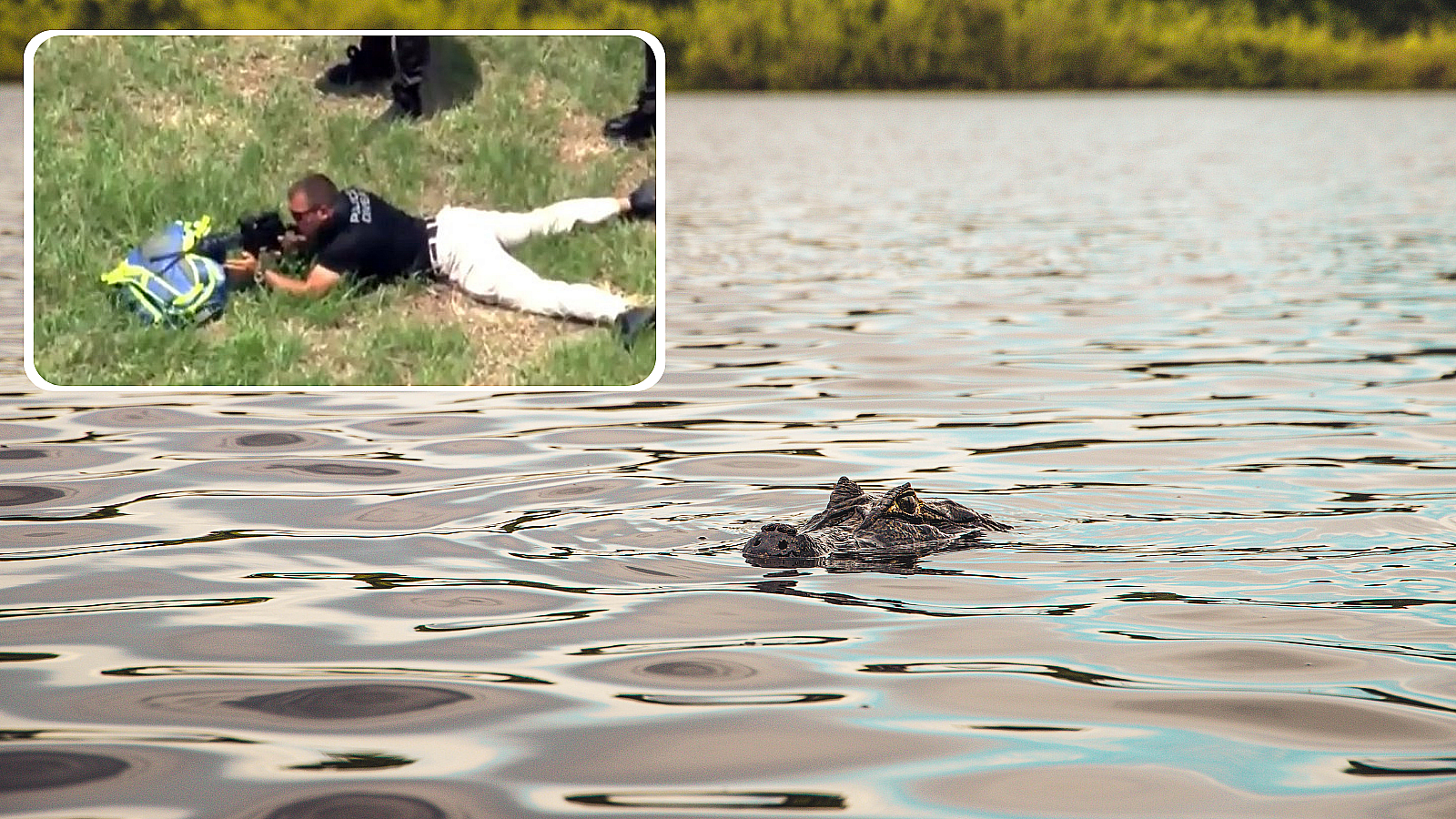 Snippers protected several rescue divers who got into an alligator-infested pond in Florida to search for two people who had been in a car accident, according to reports.

Nieves Matos, 80, and her son, Mario Laza, 56, were traveling in their Toyota minivan on the Florida Turnpike in Miami on Friday when their vehicle lost control, causing them to crash into a retention pond off of the high-way.

“The vehicle lost control, overturned, driving off of the roadway into the pond,” said FHP Lt. Alex Camacho.

When witnesses and police jumped into the water to help, they realized that it was infested with alligators. Snipers had to be called in to protect rescuers from any potential alligator attacks as they...