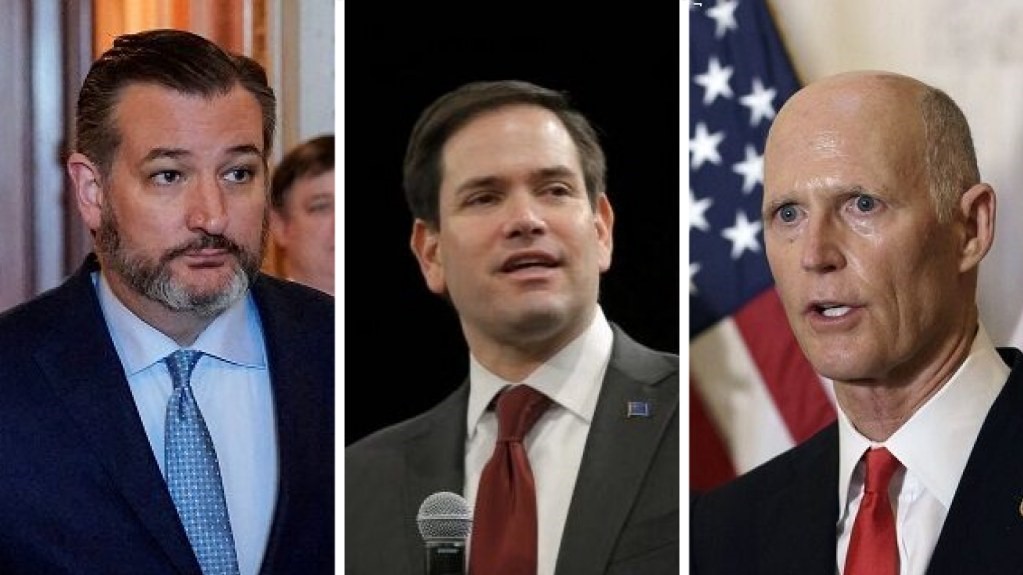 “Cuba is the root of the instability we see in Latin America,” Sen. Scott said. “The Obama-Biden Administration’s appeasement policies toward Cuba allowed Havana to extend its reach and expand its control, giving power to other ruthless dictatorships in Latin America. Today, Cuba continues to oppress its people and those across Latin America by supporting narco-states run by dictators like Maduro in Venezuela and Ortega in Nicaragua, while harboring terrorist groups. Until Cuba is a free and democratic country, the U.S. should not remove Cuba from the State Sponsor of Terrorism List. The Biden Administration cannot back down in the fight against rogue nations or take any action that will help strengthen the Castro regime.”

U.S. Rep. María Elvira Salazar recently asked Sec.  Blinken about his knowledge of “Cuban interference in Colombia” and how it attempted to influence elections thereby tilting results toward a leftist candidate. Blinken denied being aware of a recent report published by Colombian news outlet Semana.

SEMANA obtained access to an official  report ‘Strategy of Cuban interference in matters of independence and sovereignty of Colombia.’ There it is read verbatim: “Cuba executes a strategy of interference in Colombia through the orientation of Cubans with diplomatic coverage in solidarity social organizations, the infiltration of cooperation programs with local authorities and their financing through the ELN."

Echoing this sentiment, Colombian Sen. María Fernanda Cabal accused the Cuban regime of being the “main promoter of violence in the Western Hemisphere”, and considers that her country's government should cease its diplomatic relations with the island.

“Under the FORCE Act, Cuba cannot be removed from the U.S. Department of State’s Sponsor of Terrorism list until the requirements under the LIBERTAD Act (P.L. 104-114) are met”, Sen. Rubio said in a statement.

“
As the daughter of Cuban refugees who fled the brutal dictatorship that continues to jail, starve, murder, and systematically oppress the people of Cuba, I was so proud to introduce the force act in the U.S. House of Representatives

Section 205 of that law mandates that  Cuba release all of its political prisoners and transition to a democratic system that guarantees the basic human rights for the Cuban people, as well as free, fair, and open elections.

Earlier this year, Salazar introduced the House companion of the FORCE Act (H.R.287).

“As the daughter of Cuban refugees who fled the brutal dictatorship that continues to jail, starve, murder, and systematically oppress the people of Cuba, I was so proud to introduce the force act in the U.S. House of Representatives”, Rep. Salazar said.

“I want to thank our Senator, Marco Rubio, for leading the FORCE Act through the Senate. The Castro regime has terrorized the Cuban people for 62 years and we must hold them accountable for their participation in international terrorism!”

Sen. Rubio also thanked Salazar “for her leadership in the House of Representatives”, and reiterated that under the Biden administration, they must ensure that meaningful actions to hold the despotic Castro and Díaz-Canel regime accountable remain in place.

Sen. Cruz (R-TX) raised concerns that Biden plans to retrace “the ill-advised steps of the Obama Administration, which would recklessly and needlessly endanger American national security,” adding that his “family knows first-hand the brutality of totalitarian Cuban regimes, and Cuba’s abuses have not ceased.”