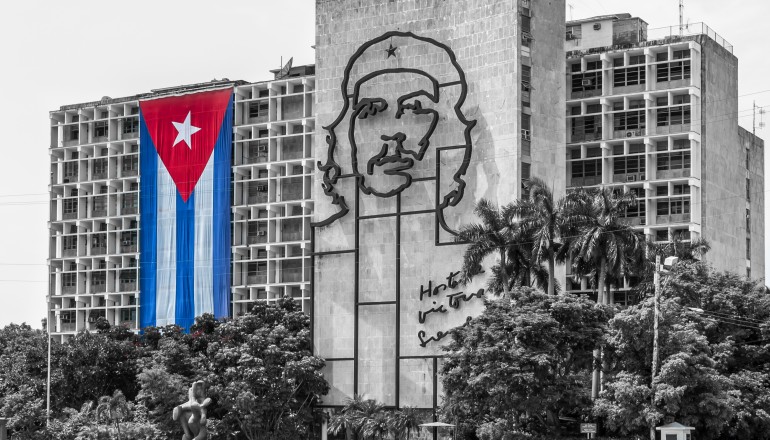 It seems that José Martí dies every day in Cuba. They kill him every time they quote him without any sense, and they kill him as well when no one understands all he ever wrote to honor human beings.

Since they linked the apostle to an armed assault and gave him the intellectual responsibility of its authorship, citizen Martí, the one who walks around the house and should live in the attitude and mind of each Cuban, disappeared. He seems to be a different Martí, replaced by an impostor who, if not endorsing the violence directly, does not fight it with his word indirectly. And the word is respect, wherever and whomever it comes from.

Poets and decent men have many enemies, and one of them, possibly the worst one, is a power-thirsty politician who disguises himself as a hero and liberator in need of obedience from the people. Then he uses that human mass, sometimes deaf, sometimes obtuse, and push them towards violent behavior, that is, "revolutionary attitudes", which become common rules of conduct.

That is why the Cuban poet and writer Antonio José Ponte (also a victim of government intolerance) stated in one of his writings that: "Martí has ​​been included in the changing formulations of the official Cuban discourse."

Marti has been very unlucky on this respect, despite writing "He who wants people, must accustom men to create." To create, not to believe. And only a free mind can ultimately create.

Rubén Martínez Villena was also manipulated, and the force of his lyric, used by the powerful, say Fidel Castro, to justify the permanent violence as a revolutionary attitude, when he appropriated the verse of the poet, "that charge to kill rascals" was, from that moment on, as if by magic, the creed of the revolution that he (Castro) led by beheading his enemies.

The violence, called for, sponsored, ordered, and tolerated by the Cuban state, became the routine. Physical and verbal violence:  Cubans stopped talking to their fellow man. They learned to humiliate, minimize, disqualify, insult, and subjugate those who do not follow their creed, those who do not obey the official discourse.

There they are, as wounds in the historical memory, the shameful "acts of repudiation" of 1980 that the "revolutionary" people gave to those who had decided or were forced by the revolutionary violence? to leave the homeland.

And yesterday’s children grew up seeing that the only and best way to be right was not to demonstrate righteousness with thoughts and words, but with the strength of the fist or the scream. And then, what was once beautiful, human, and revolutionary, became despicable and murky. These children of yesterday are the men of today, whom today's children see, their children now who will copy those uncivilized ways for tomorrow; or… are they not already doing that in schools? imposing respect to deserve it in order to show that they are "revolutionaries".

It is not rare in the "revolutionary" rhetoric to hear the words kill, overcome, crush, eliminate, destroy, and erase (they were Che Guevara's favorites). Thus the phrase "to be combative" is "to aggressively fight " any thought contrary to the official creed.

All violence is, by itself, revolutionary for those who exercise it in the name of the people because "the streets are only for revolutionaries". And he who is not, or believes himself to be a different kind of revolutionary, may suffer repudiation and physical violence, shouting and expletives, insults and inhuman harassment, supported, applauded, and authorized by the government.

This has just happened to the independent journalist Yoani Sánchez, when she faced the vulgarity of the "revolutionaries" in an electoral college last Sunday, as she presented herself to be an impartial observer of the counting of votes.

This is what happens to the Ladies in White, Sunday after Sunday, when beaten, insulted, and kicked by the forces of order without a shout of protest around them, or a defender who fights against injustice, to the shame of Martí and all decent men.

Because to believe oneself with the right to "fight" those who think differently, is perhaps one of the worst humiliations of a human being, and an injustice so great that it is frightening to think about what we will become tomorrow.

(Translated by Samuel Landrian) This article was originally published in Spanish