Who is Timothy Zúñiga-Brown: the diplomat who will replace Mara Tekach at the Havana based U.S Embassy? 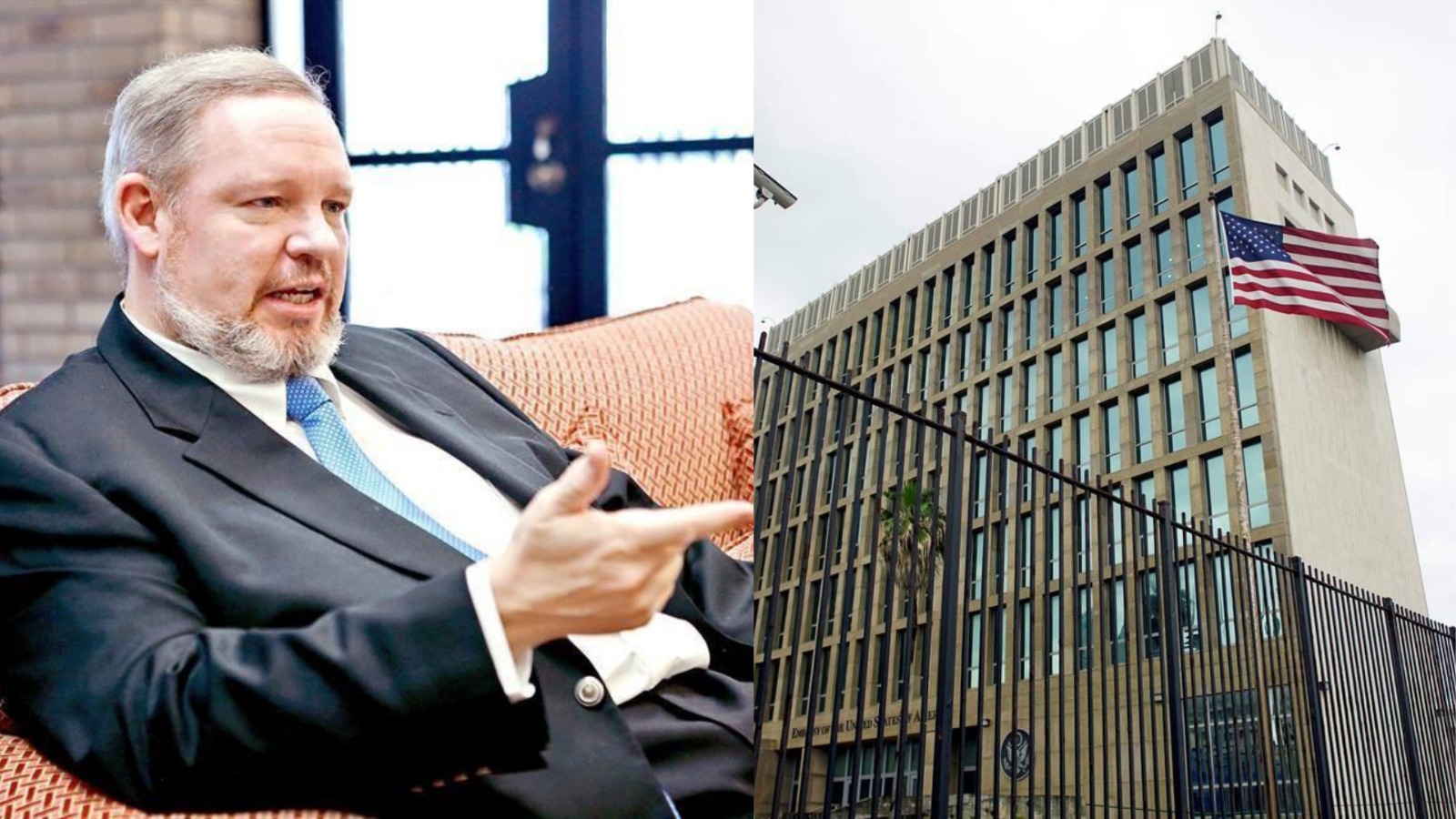 Career diplomat Timothy Zúñiga-Brown will replace Mara Tekach, current Chargé d'Affaires of the United States Embassy in Havana, as confirmed by the U.S. Department of State to Radio and Television Martí. The diplomat will arrive in Havana in the upcoming days as the new Chief of Mission at the U.S. Embassy in Havana.

Earlier this week, sources within and associated with the U.S. government in Washington confirmed , on condition of anonymity that "this is a routine transition, which occurs regularly at all U.S. diplomatic posts." The sources added that Ms. Tekach's post ended in September 2020 and she would return to the State Department as Coordinator of Cuban Affairs in Washington, a position currently held by Mr. Zúñiga- Brown.

"We commend and thank Mara Tekach for her distinguished service as Chief of Mission in Havana during the past two years. During her tenure in Havana, Ms. Tekach tirelessly promoted and defended U.S. policy. She elevated important issues, notably, respect for the human rights and dignity of the Cuban people. Her legacy includes amplifying the cries of dissidents, activists, independent journalists, and the religious community defending their rights to live, associate and worship freely", told a spokesperson from the State Department to Radio and TV Martí.

Timothy Zúñiga-Brown was the Charge d'Affaires at the United States Embassy in Nassau from January 2009 to September 9, 2009, as well as in Ecuador (July 2011 to April 2012). In August 2015, he became Consul General and Chief Officer in Monterrey, Mexico. "Mr. Zuñiga-Brown will continue to promote the interests and policies of the United States and to support the rightful aspirations of the Cuban people for prosperity, freedom, and a democratic government that respects their human rights," the State Department spokesperson added.

Mr. Zuñiga-Brown is a native of Nevada and a career member of the Senior Foreign Service, with more than 28 years of diplomatic experience. Reportedly, under Donald Trump's new policy to Cuba after the Barack Obama era, Zúñiga-Brown was the main official authority on issues related to the island in his role as Coordinator of the Cuban Affairs Office for the State Department since fall 2018.

Zúñiga-Brown was the highest-ranking official at the State Department whose portfolio included only Cuba. He regularly consulted with former Senior Director for Western Hemisphere Affairs of the National Security Council, Mauricio Claver-Carone who was recently nominated to chair the Inter-American Development Bank (IDB). He had previously been in Havana between 1997 and 1999, when Michael Kozak now Undersecretary of State for Western Hemisphere Affairs was in charge of the then United States Interests Section.

At the beginning of the 21st century, Zúñiga-Brown worked in the State Department in the Cuban Affairs Bureau until 2007.

"I think he is an example of objectivity and diplomatic integrity and a person with the best American and universal values," Orlando Gutiérrez-Boronat, Director of the Cuban Democratic Directorate told ADN Cuba.

In addition, sources close to this newspaper reported that Zúñiga-Brown maintains close links to Cuban exile groups in Miami. "He is a man who understands the communist system very well," said Gutierrez-Boronat.

"The United States will be well represented in Havana by Tim. He is extremely knowledgeable not only of the policy between the United States and Cuba and of the interested parties, but also of the western hemisphere and of the importance of Cuban policy in related matters" said Jason Poblete, attorney for the Global Liberty Alliance.

For her part, Mara Tekach was in Charge of Business in Havana since 2018. During this period, she directly criticized the regime on the island supported activists and opponents of the Cuban government, and denounced the lack of human rights in the country. Since September 2017, the Embassy in Havana has operated with a reduced team since the State Department indicated the reduction of employees due to a complaint of "sonic attacks" to the Cuban government.